We’re BACK on RELEASE schedule!

The first update in a very long time.

There is more to come if you want to take part in the pre-tests come to my discord and subchannel for this mod. discord.gg/rx7D45x

The changes so far:

Notes: We will likely port to 1.13.2 and 1.14.2 before adding the upcoming features except for the different volcano types. 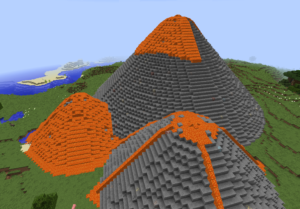 DANGER ADDING THIS TO YOUR WORLD CAN CAUSE DESTRUCTION LIKE YOU’VE NEVER SEEN BEFORE with the DEFAULT SETTINGS.


Feel free to add this mod to existing worlds both single player and multiplayer. I have code in it that blocks Volcano formation in any chunk where a tileEntity already exists. Signs, chests, furnaces, and more are tileEntities and common in player builds.
REMEMBER TO BACKUP FIRST THO!

Don’t ask just add. A link back to this page would be appreciated but not required.

Go ahead and please share the link so I can feature it.

I am Veteran of United States Army. I am not legally disabled. But I do love to make these mods and modpacks for you guys. Please help me to help you by Donating at